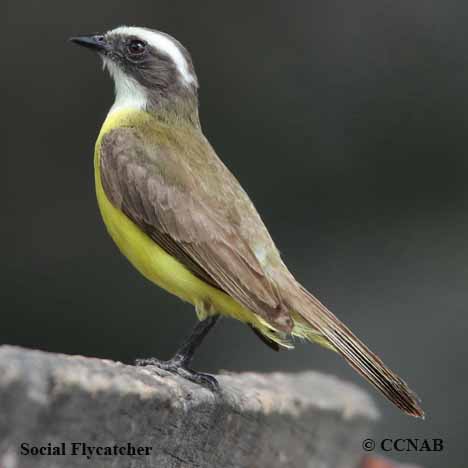 The Social Flycatcher is a native bird of Mexico, Central and South America. It is one of a group of yellow and brown flycatchers seen throughout various countries. This flycatcher has been seen in North America and is recognized as a vagrant or visitor.