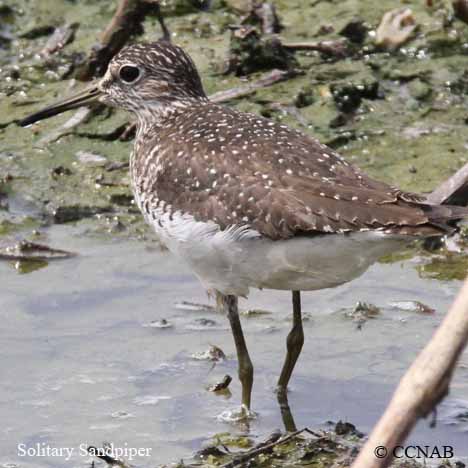 The Solitary Sandpiper lives up to its name. This shorebird is most often seen by itself, as it skulks in the shallow waters or through the grasses next to the shoreline. It has no real id factors, except it sleek appearance and white eye rings, which are very noticeable.