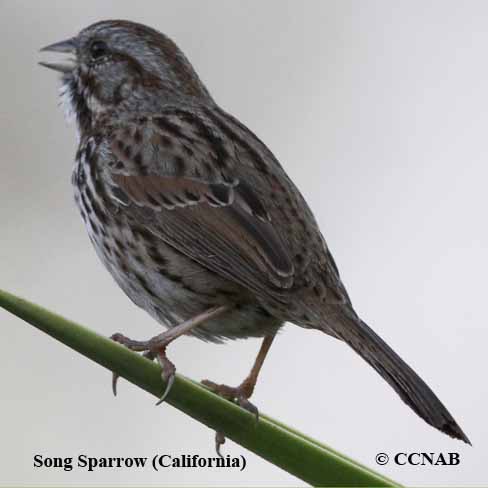 The Song Sparrow (California) is a sub-species or race of the Song Sparrow. This darker plumaged sparrow is found only along or near the coastlines in California. The Song Sparrow itself, is seen across all of North America and unlike other sparrow species, is found around homes, buildings and parks.