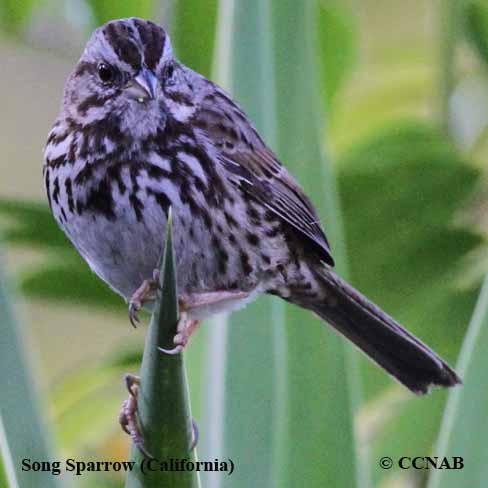 The Song Sparrow is one of the hardier sparrows seen on the continent. There are regular reports of these birds lasting out the cold winter months in Canada and in the northwestern regions of the US. It is seen throughout North America except in the northern tundras. Its song sounds like "Molly put the kettle on".