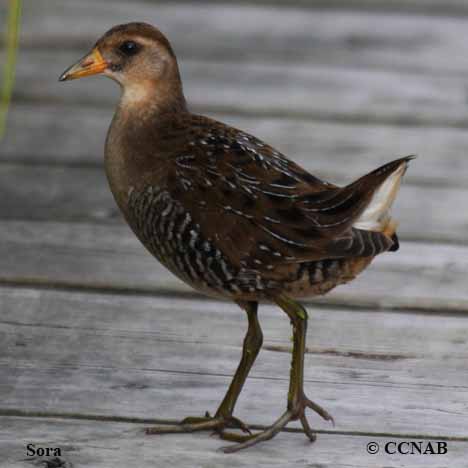 Life, Habitat & Pictures of the Sora

The Sora is a member of the rail family that is seen in North America. This small marsh bird lives in the marshes and among the cattails. It is friendly water bird and quite often it will walk right out into the open, in plain view. This is a totally different behavior than other species of rails.