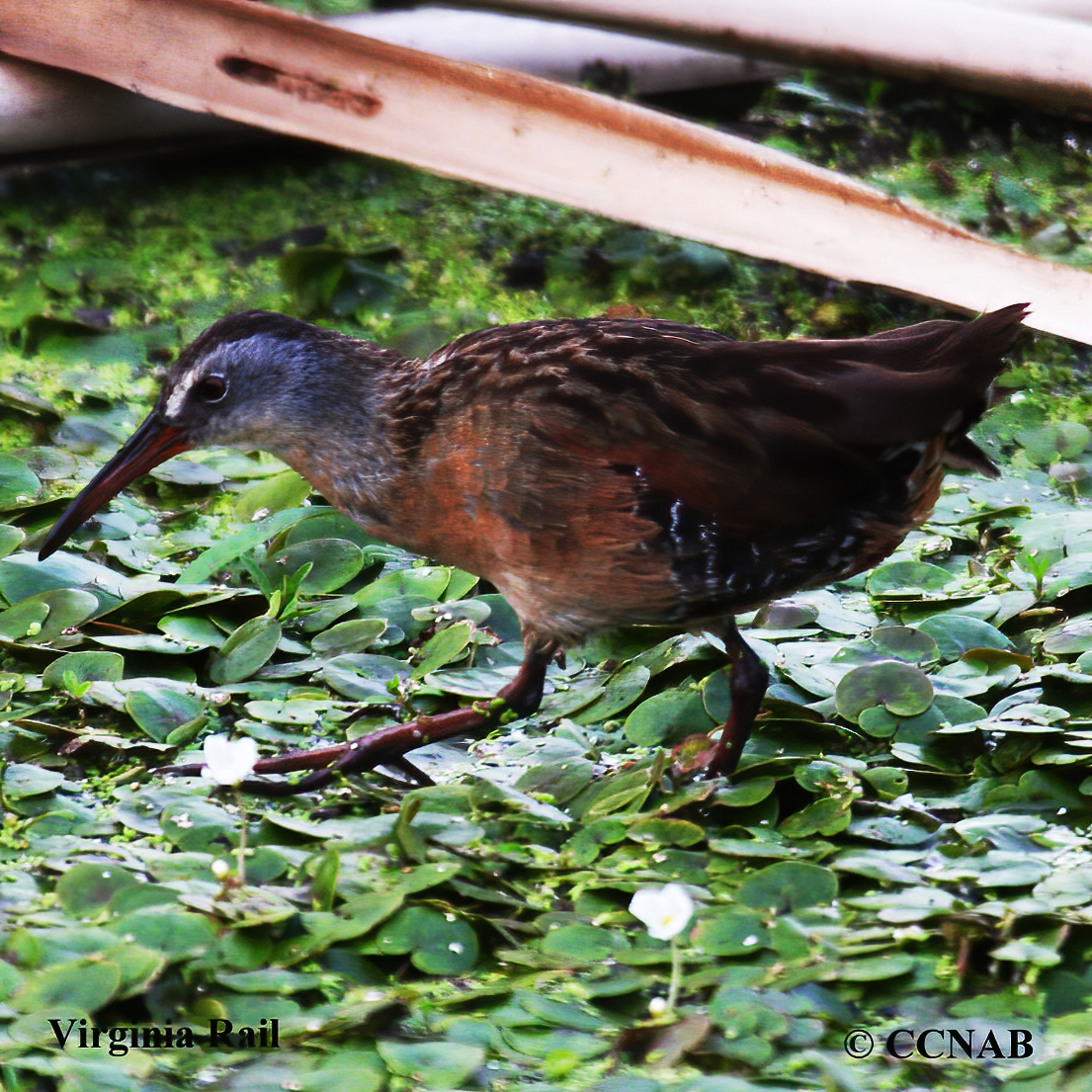 There are five species of rails found in North America. Two of these species are the Virginia Rail and the Yellow Rail and are found in Canada and the United States. The remaining three types of rails are the King Rail, Clapper Rail and the Black Rail. The King Rail lives mostly along the southeastern and eastern coastlines of the United States. This is the largest bird in the rail family. The Clapper Rail lives in similar habitat and regions as the King Rail and can also be found along the coastlines of Mexico. The Black Rail is the smallest member of the rail family. This sparrow-sized bird also prefers a habitat along the coastline in the same regions as the other rails.

The rails are most often heard and hardly ever seen. These secretive birds prefer dense marsh, which makes access to seeing them very difficult. There may be a possibility of seeing these birds when the young are being raised, as they move about in search of food. Rails become active in the evening and feed into the darkness, and even when they migrate, they use the cover of darkness.