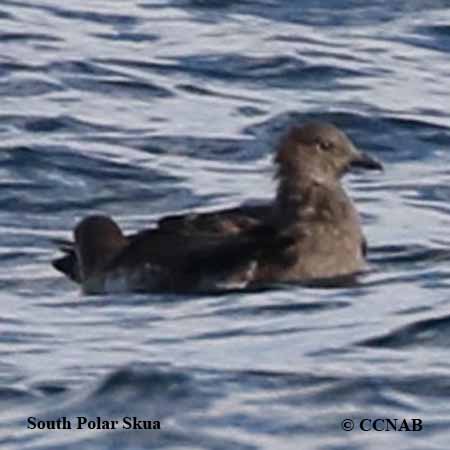 The South Polar Skua is among the larger seabirds of the predator family. This bulky dark-brown bird is seen throughout waters of the Atlantic and Pacific Oceans. It is very similar to the Great Skua and close observation is needed to determine the correct skua species when seeing these seabirds.