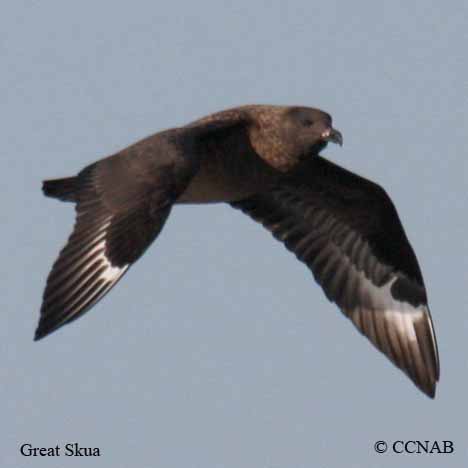 There are two types of skuas seen in the oceans surrounding North America. The larger of the two skuas is the Great Skua, which is a stocky brown plumaged seabird that can be found far out at sea, mostly in the northern ocean waters. The South Polar Skua, as the name suggests, is more commonly found in the southern regions of the Atlantic and Pacific ocean.

The skuas are predators, much the same as jaegers and gulls, but are the largest and most aggressive of the group. These ocean birds are capable of catching and killing birds as large as shearwaters. Being predators, they are opportunists and mostly seek out smaller prey, sick or injured birds.