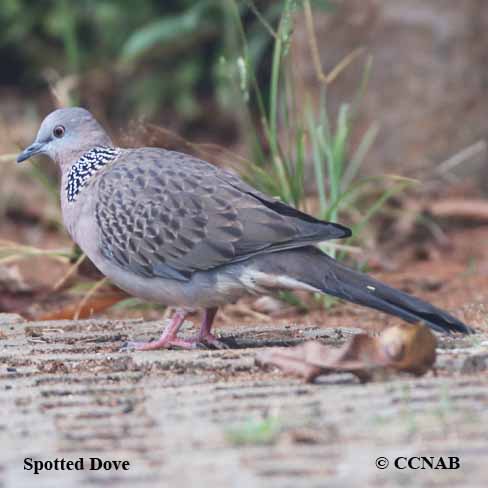 The Spotted Dove is one of the largest doves seen in North America. This is an introduced bird species from southeastern Asia that is found mostly in one area of the city of Los Angeles, California. It is now recognized on the ABA list, since the birds of Hawaii have been included by the American Birding Association.