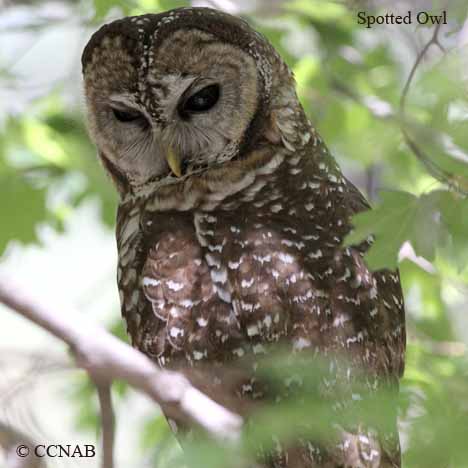 The Spotted Owl is an endangered bird of prey in North America. This medium-sized owl lives in the old growth forest of the Rocky and Sierra Mountains in the western regions of the North American continent. It is thought that the loss of the old forests through harvesting and the encroaching of the Barred Owl is the main reason for its demise.