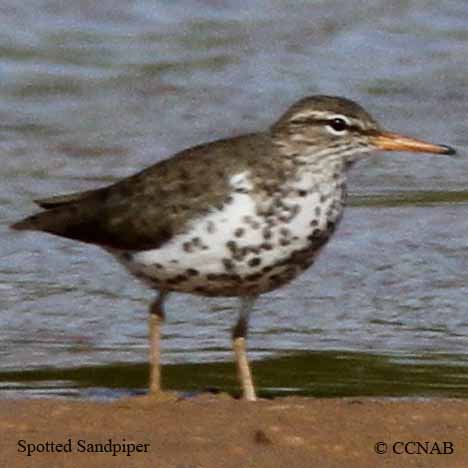 The Spotted Sandpipers can be found on most lakes and rivers in North America. This shorebird can be recognized by its continuous bobbing tail, and its short flights, along with its rapid wing beats. In the nesting season, this bird's breast is cover in dark spots, and in the winter months, it changes its appearance into a grey colour plumage.