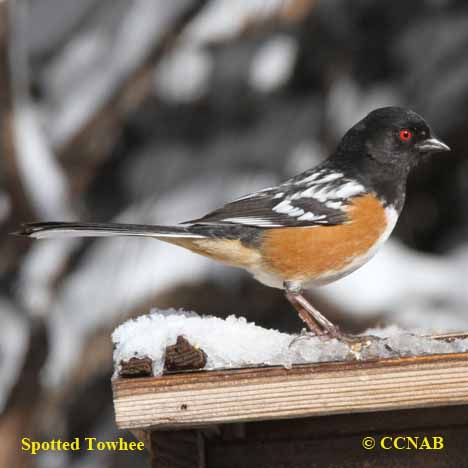 Life, Habitat and Pictures of the Spotted Towhee

The Spotted Towhee has the largest range of the Towhee family. This bird is found in over half of the US states and along the southern regions of the western provinces of Canada. It was once a sub-species of the Rufous-sided Towhee, who in itself has been renamed, the Eastern Towhee.