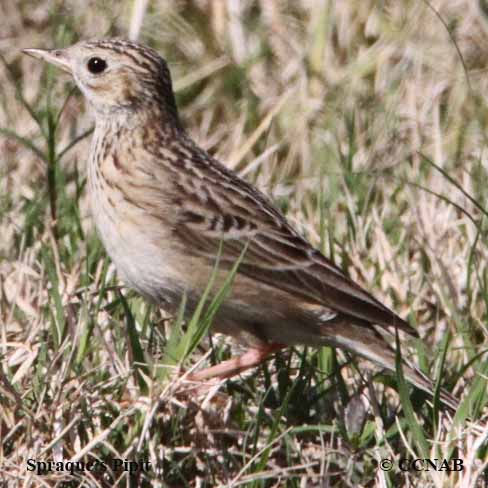 Life, Habitat and Pictures of the Sprague's Pipit

The Sprague's Pipit is a field bird found on the central plains of North America. This shy bird is more likely to be seen when it is doing its courting aerials high up in the sky, singing at the same time. Otherwise, it remains out of view, when it is feeding in the tall grasses.