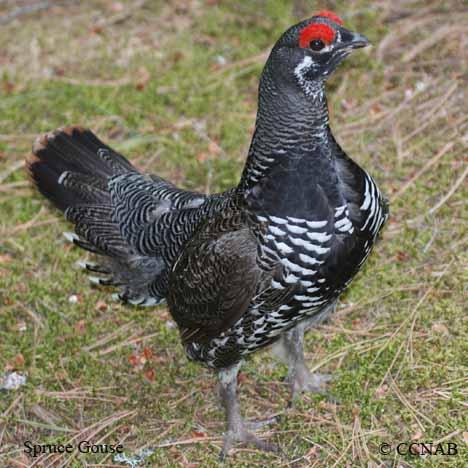 The Spruce Grouse is also known as the "fool hen". This game bird is very tame and will approach a person to within a few feet in springtime, during its breeding season. At this time of the year, a fluttering sound made by the male can be heard. The male creates these sounds by floating from a tree branch to the ground all the while fluttering its wings as it falls.