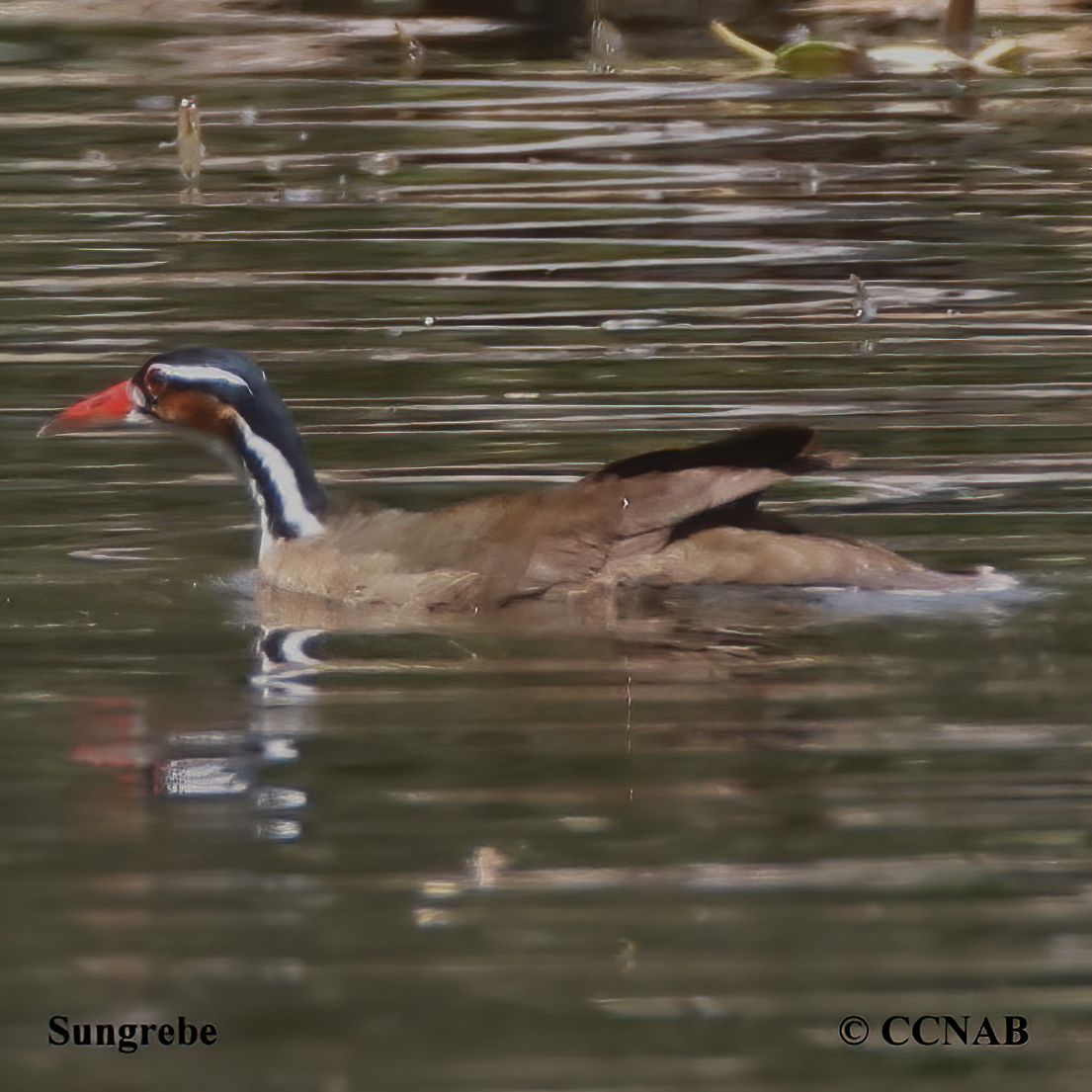 Life, Habitat and Pictures of the Sungrebe

The Sungrebe is seen on the rivers and lakes in southern Mexico, Central and South America. This tropical waterfowl can be seen in North American zoos and nature centres. It has been seen in the southern US states and is on the ABA list.