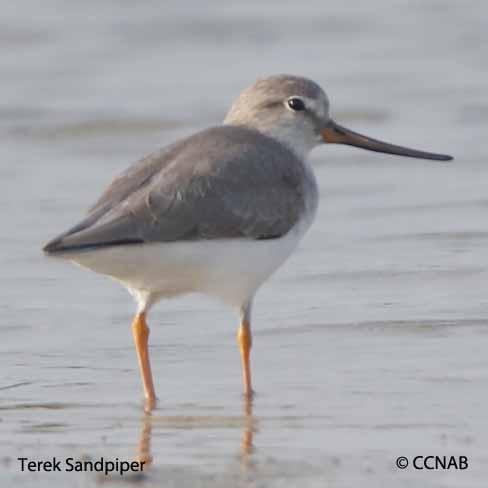 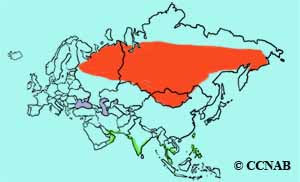 The Terek Sandpiper is a native bird of Eurasia, where it nest in the northern regions of the continent. It is easily recognized by it long pointy upturned bill. During the winter months, most of these sandpipers migrate into Africa and Australia, with a small number staying in the southern countries of Eurasia. It has been seen in North America and is a recognized vagrant.