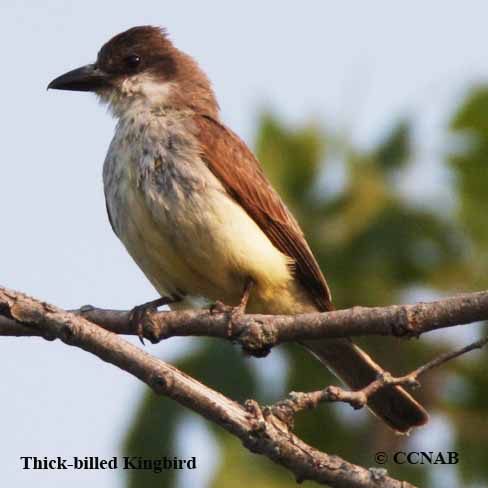 The Thick-billed Kingbird is one of the harder to find kingbirds in North America. This large Mexican bird is seen in small munbers every year in the southwestern US and Mexico border states which would include California and Arizona.