There are seven different species of kingbirds in North America. The most common is the Eastern Kingbird whose range is throughout the USA, from the Atlantic coast to the east side of the Rocky Mountains and into the Northern regions of Canada. The Western Kingbird is found from the central states to the Pacific Coast and the southern perimeters of the western provinces in Canada into Mexico. The Tropical Kingbird, Couch's Kingbird, Cassin's Kingbird and the Thick-billed Kingbird are seen in separate regions along the southern states that border Mexico and into Mexico itself, with the Cassin's Kingbird having the most northern range. Lastly, the Gray Kingbird whose range is from the central areas of Florida and south into the Florida Keys. 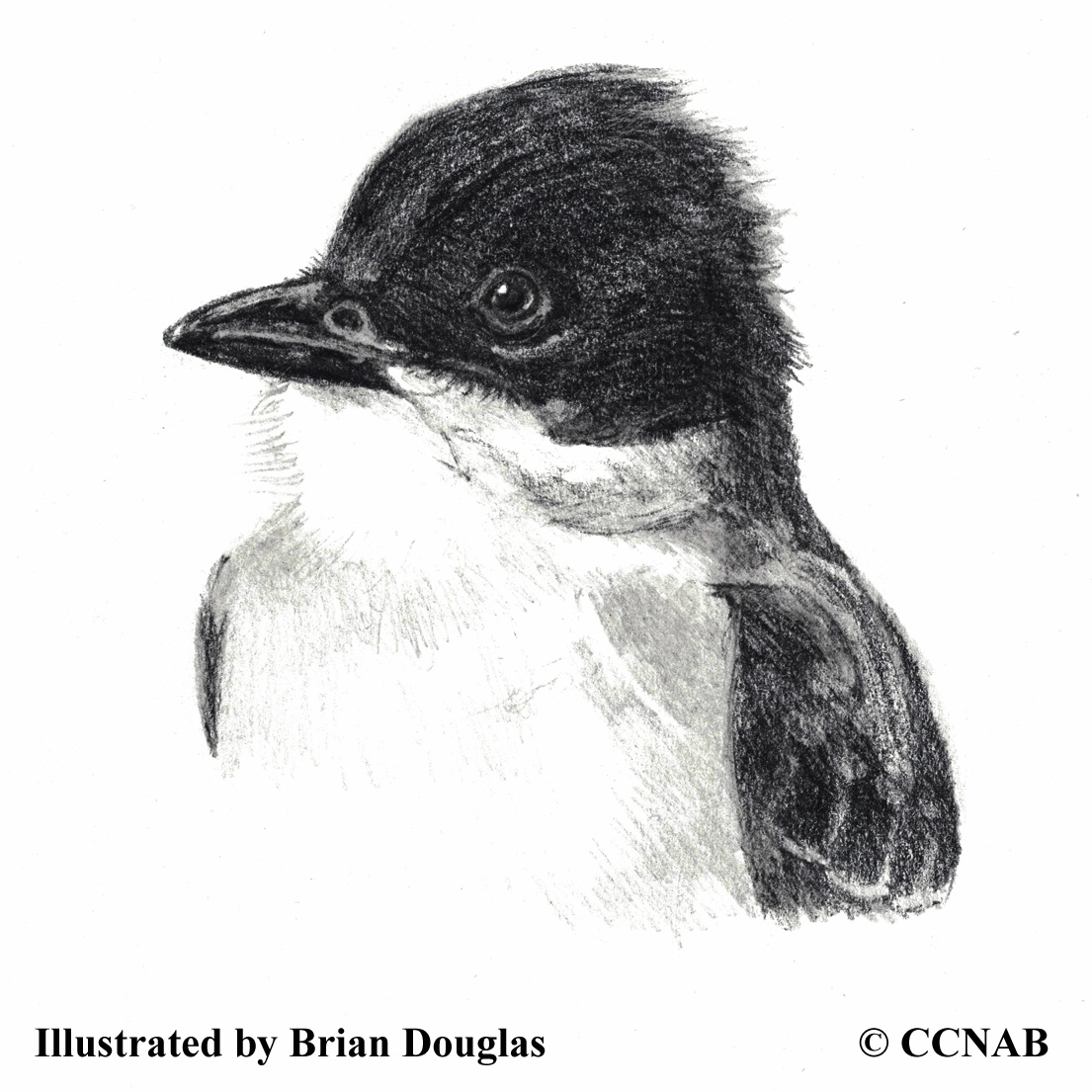 The kingbirds are feisty birds who will protect their territories against all birds. They are often seen dive-bombing the backs of crows and hawks. These birds are most often seen perched on service lines along roads and highways or on top of trees. They use these locations to hunt flies and insects and are able to pick them out of the air as they fly by.