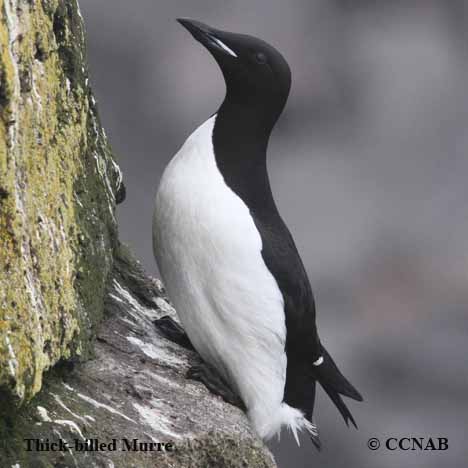 The Thick-billed Murre is very similar in appearance to the Common Murre. It does have a darker plumage and a heavier body build as well as a larger bill. This murre is seen on the Atlantic and Paific Oceans and it does nest with the Common Murre in the breeding colonies.