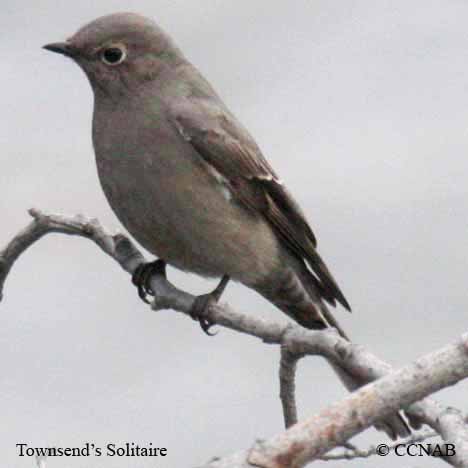 The Townsend's Solitaire is a member of the North American thrush family. This bird's habitat is in the Rocky Mountain areas of western North America. It is usually a shy bird. where one just gets a glimspe of it in the conifers. It is not uncommon, that one will show up is a town or city in the winter time, if there are trees with juniper berries available.