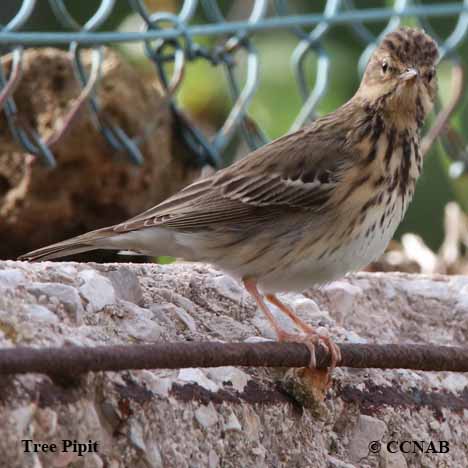 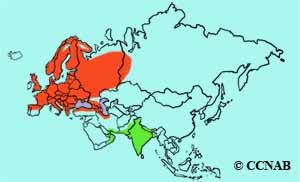 The Tree Pipit is a native bird common to Eurasia. It breeds throughout Europe in the summer months. For the winter, it migrates into Africa and India. It is similar in appearance to the Meadow Pipit and one needs to look closely to differentiate between the two. The Tree Pipit has been seen inside the North American boundaries and is a recognized vagrant.