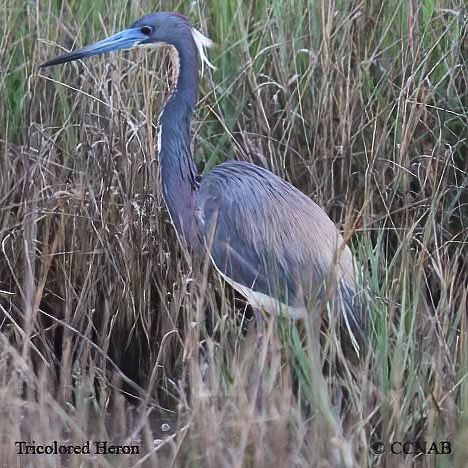 The Tricolored Heron is a wading bird that was once known as the Louisiana Heron. It is seen along the eastern US states, along the southeastern coastline into Texas, through Mexico, Central and South America. It is also seen on the Caribbean islands in the Gulf of Mexico.