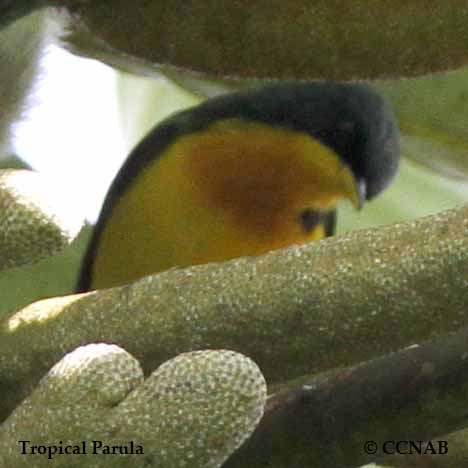 Life, Habitat and Pictures of the Tropical Parula

The Tropical Parula is a native bird of Mexico, Central America and South America. It is becoming a regular visitor to the southeastern regions of Texas, especially in the winter months. It has a similar appearance to the Northern Parula but lacks the dark chest ban.