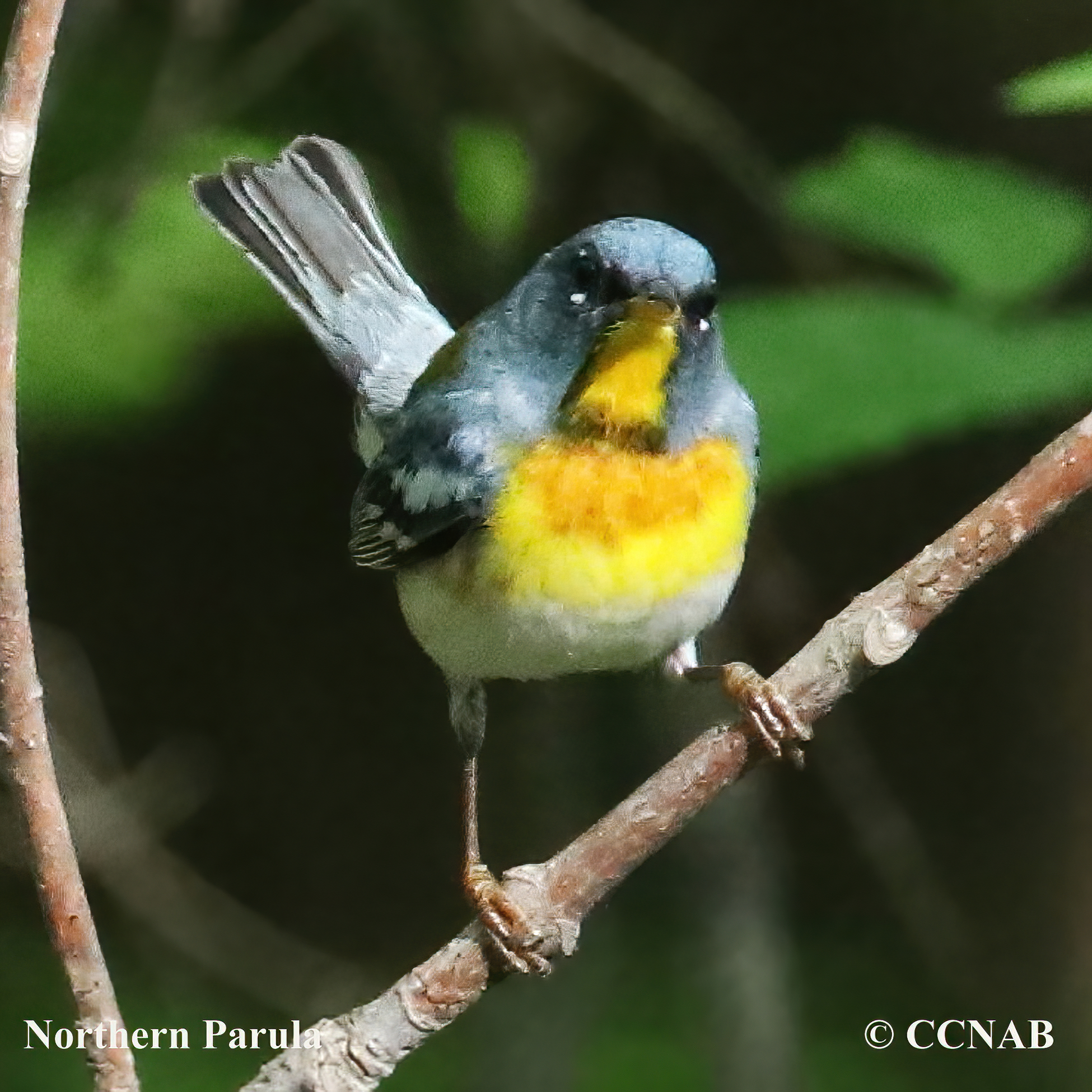 On the North American continent there are two types of parulas. The Northern Parula can be found from the northeastern lower half of Canada down to Mexico. The Tropical Parula lives from the southern borders of the United States into Mexico.

The parulas have some of the most astonishing colours of all the birds in North America. You would expect to see such glorious colours on birds from the tropics. The parulas are members of the warbler family and these very small forest birds are most often found singing and foraging for their food high up in the crowns of the trees. They can be found closer to the forest floor during their spring and fall migrations.