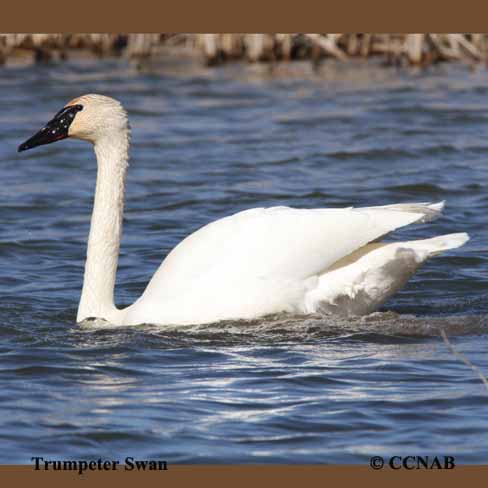 The Trumpeter Swan is the largest swan seen in North America. It was not so long ago, that this large swan was an endangered species and this was caused by overhunting. Today, swans in general are protected birds and their numbers thrive once again. The Trumpeter Swan has been re-established in eastern Canada.