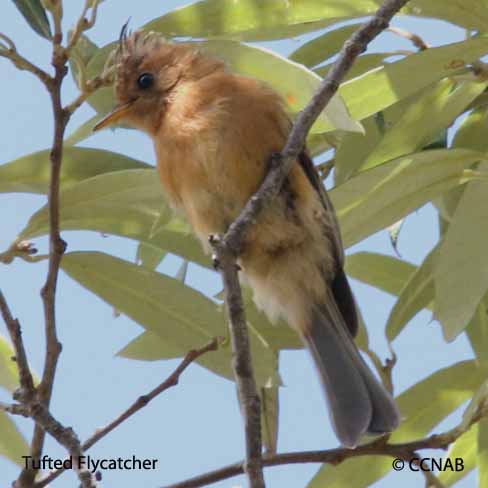 The Tufted Flycatcher is a native bird of Mexico, Central America and in the very northwestern regions of South America. This is a small flycatcher that is easy to id because of its brownish-orange body and tufted head crest. It has been seen in North America and is a recognized vagrant.