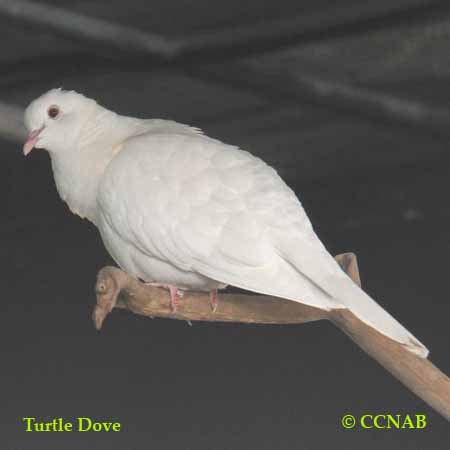 Life, Habitat and Pictures of the White Turtle-Dove


The White Turtle-Dove is a domesticated hybrid of the African Turtle-Dove. They are also known as the "Magician's Dove". One will quite often see a performer using them as a stage prop. These white doves are also seen being released into the air at ceremonies and during celebrations.