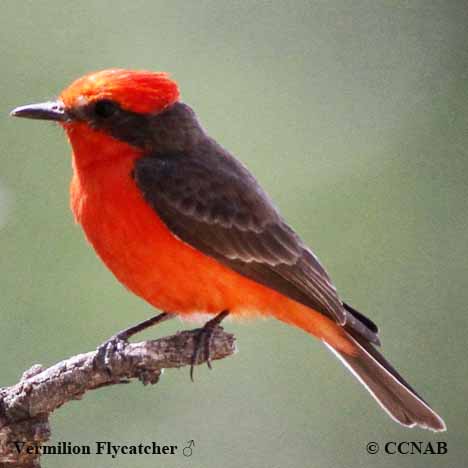 The Vermilion Flycatcher is one of the few, mostly red coloured birds seen in North America. The bright red plumage of the male flycatcher stands out in the dry surrounding areas, where this bird makes its habitat in. As opposed to the female, who has a brown and streaked plumaged body. It is a common bird seen in the southern US states, Mexico, Central America and South America.