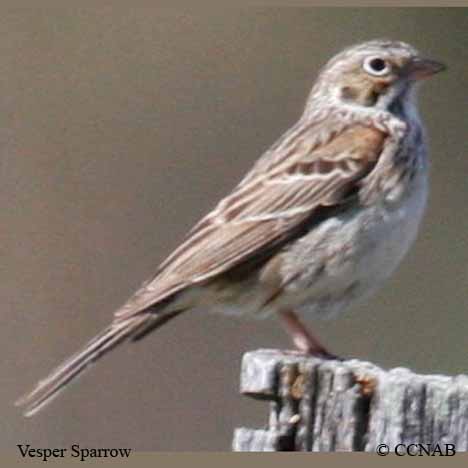 The Vesper Sparrow gets its name from the fact that it sings at dusk, just before nightfall. This sparrow can be identified by its white eyerings and rufous-coloured wing patches. Another indication of this bird's id is the two outer white tail feathers or rectices. This is more obvious when the bird is in flight.

Return to Fielfd and Stream Birds