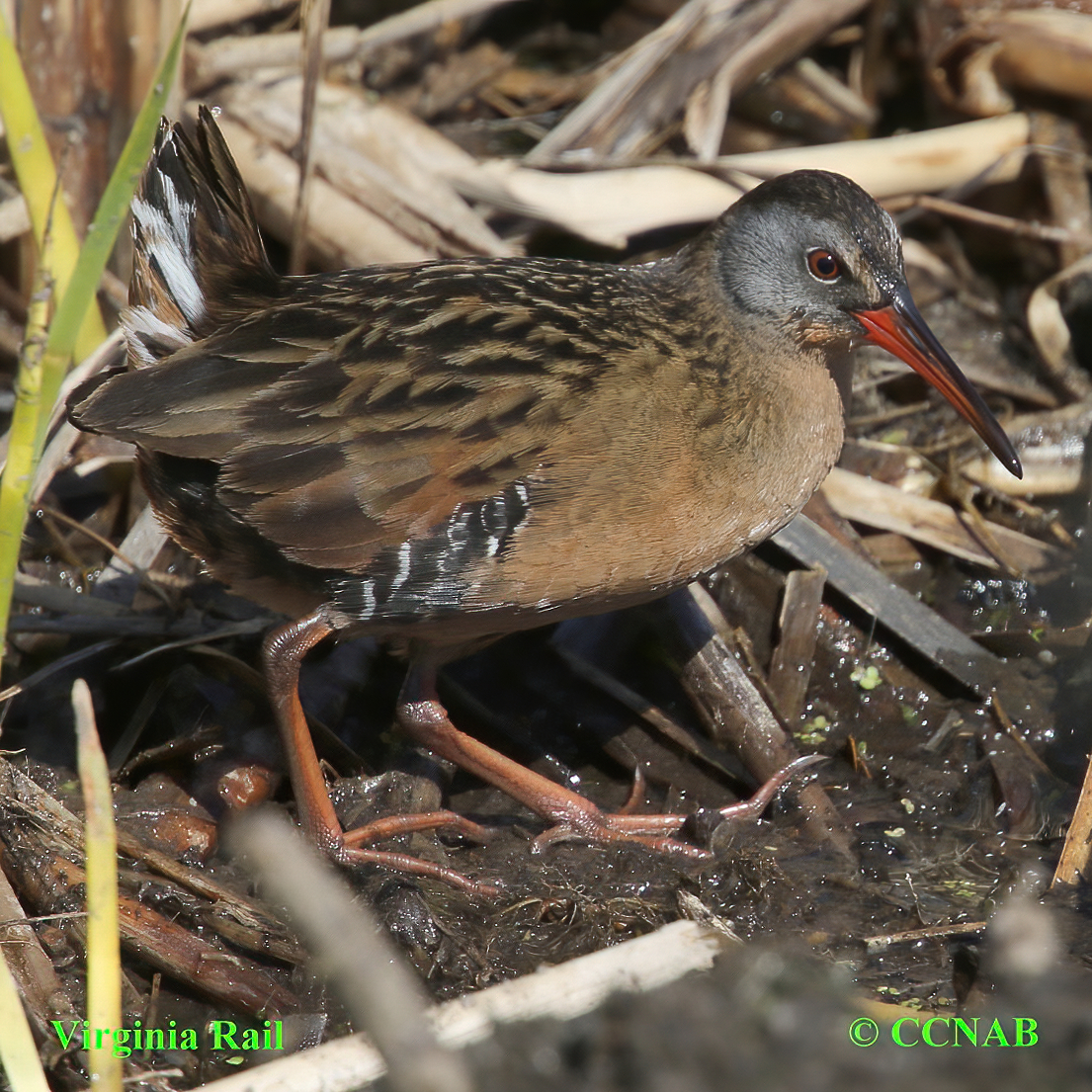 The Virginia Rail is the smallest rail when compared to the Clapper and King Rails. Although it is very similar in appearance to these two aforementioned rails. The Virgina Rail can be found in most marshes in North America, but because of its secretive nature and the fact that it feeds at night, it is rarely seen.