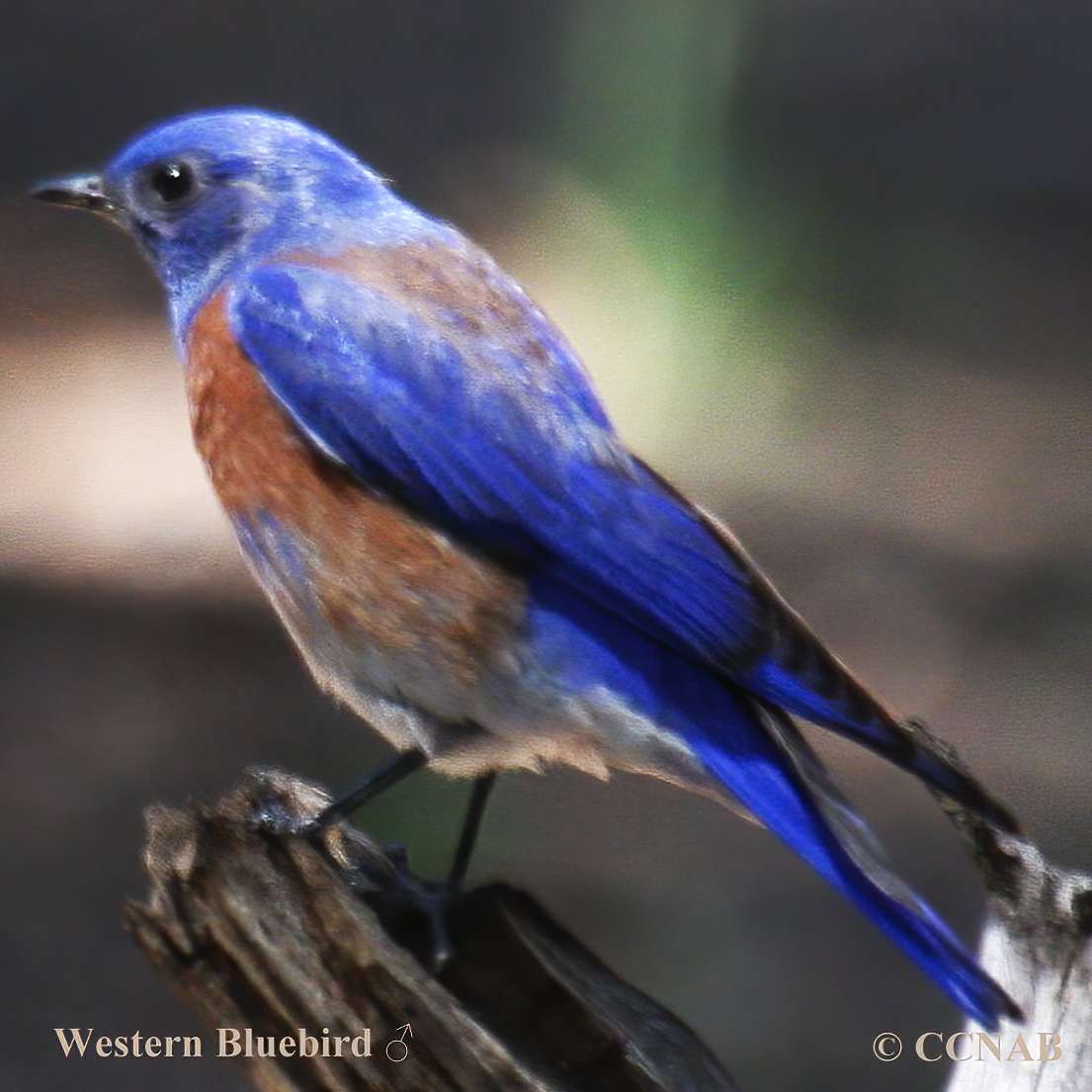 Species: The Western Bluebird (Sialia mexicana) prefers a warmer habitat than the other bluebird species. It is seen west of the Rocky Mountains and south into the Sierra Mountains. Similar to other types of bluebirds, there is a noticeable decline in their numbers. The suspected reason for this is the loss of old growth trees with cavities and competition to other cavities nesting birds. Nesting boxes have helped with their numbers.

Distinctions: The male has a dark blue back, head, wings and tail, with a rusty red breast, flanks and shoulder stripes with an off white belly. The female has similar colours except with a greyer tone. The juvenile, similar to the juvenile of the Eastern Bluebird, has a browner body with white spots, blue wings and tail feathers.

Voice: Similar to other bluebirds, a low warbling song, separate calls notes in flight, quiet on most occasions.

Nesting: Three to six pale blue eggs, two broods per year. These birds nest in tree cavities, holes in fence post and bird houses. Prefers sparsely treed fields, meadows and open forests. Usually, it perches on a lower limb of a tree or fence post, where it is able to pounce on unsuspecting insects or grubs on the ground. 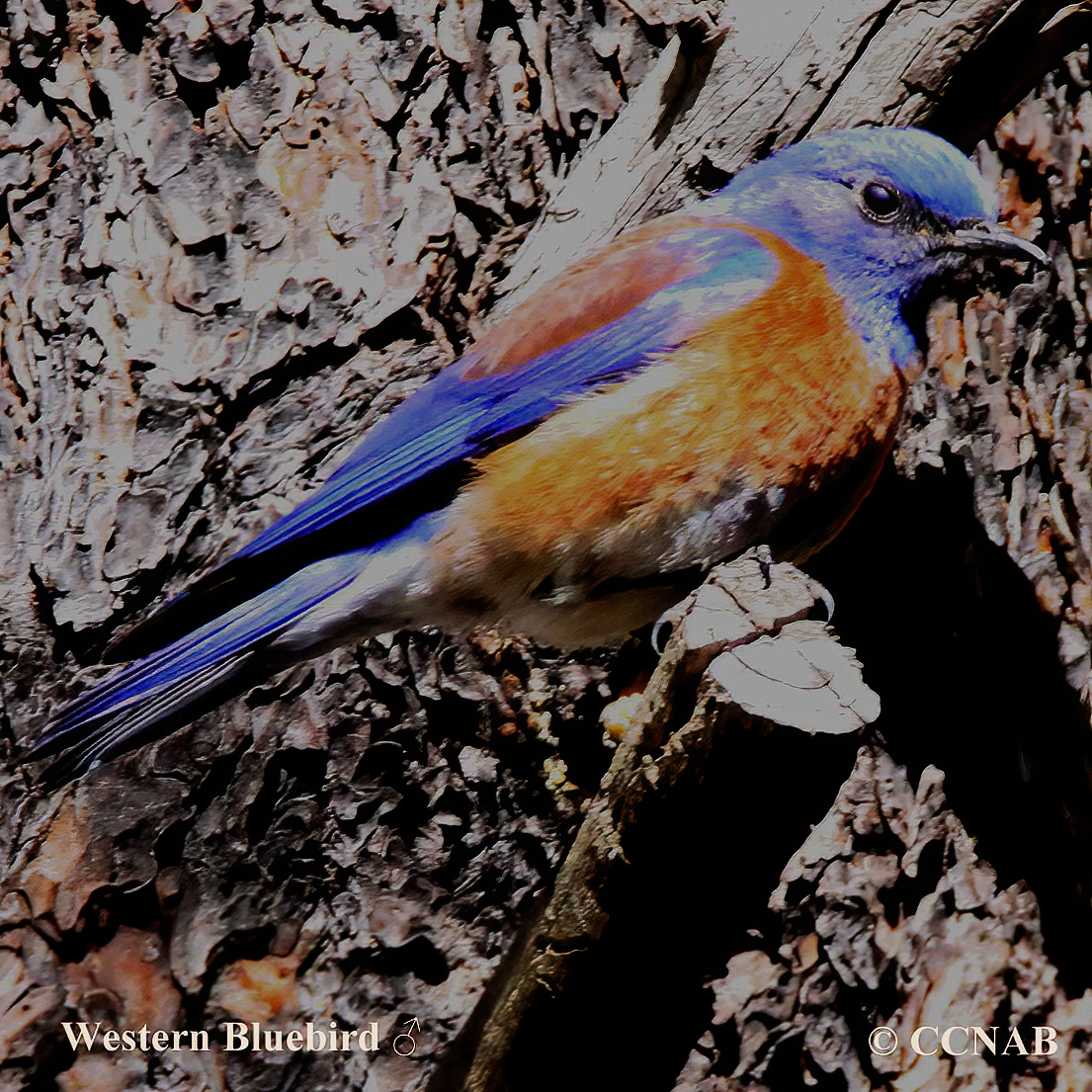 Distribution: Seen in the warmer regions of Southern British Columbia. South through mostly the Pacific coast States into California, east of the Sierra Mountain Range, to Colorado, and south into Western Texas. Is a member of the thrush family, and a common bluebird seen in Mexico.