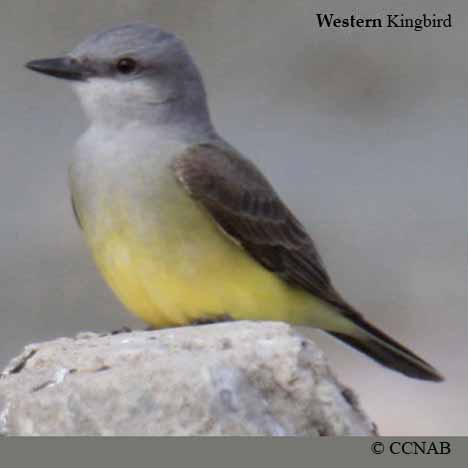 The Western Kingbird is a member of the flycatcher family. This yellow and grey bird is seen across the Canadian and US prairies and grasslands. The western species is very different in appearance to the eastern species, which is black and white. It is often seen perched on fences and service lines along highways and farm fields.