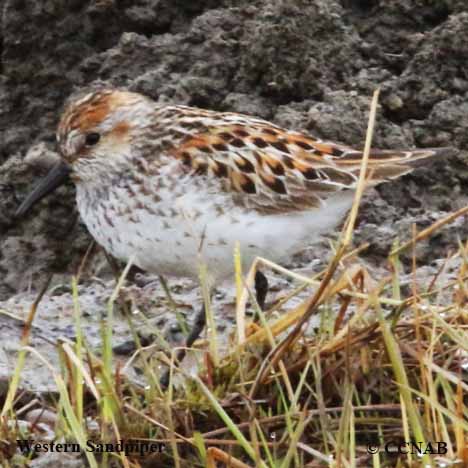 The Western Sandpiper is one of the two sandpiper species that have webbed feet, the other sandpiper is the Semipalmated Sandpiper. This small shorebird can be seen in very large numbers at certain times of the year. When it is seen in its breeding plumage, it can be identified by its reddish-orange shoulder bars and its downward curved bill.