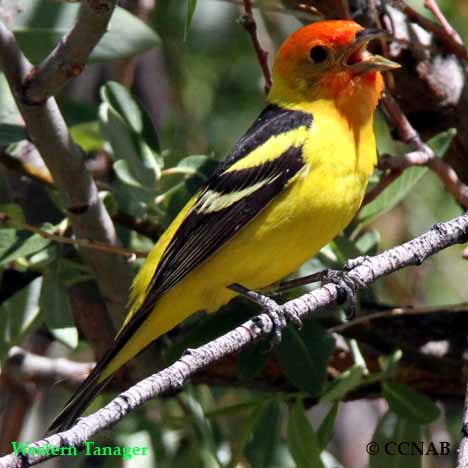 The Western Tanager can found throughout the western Rockies from the southern regions of Alaska, southward through British Columbia, all the way into the northern California Baja and eastward as far as Colorado. The male bird of this species can be identified by its yellow body and reddish-orange head and crown.