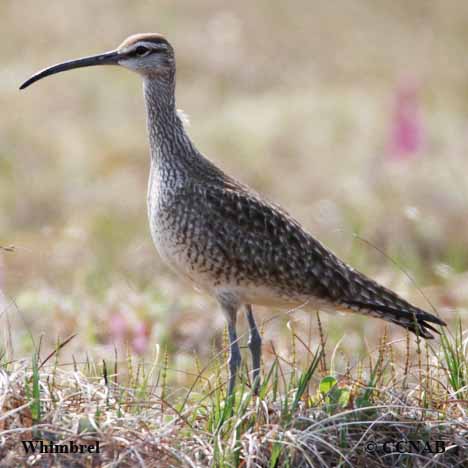 The Whimbrel (American) is a larger member of the curlew and shorebird families. This shorebird breeds in the northwestern tundra regions. In the spring and fall, these large birds can be seen all across North America. They show up along the coast, on sandy beaches, outcrops of rocks and marshes. Most times, this rather shy bird is very difficult to approach.