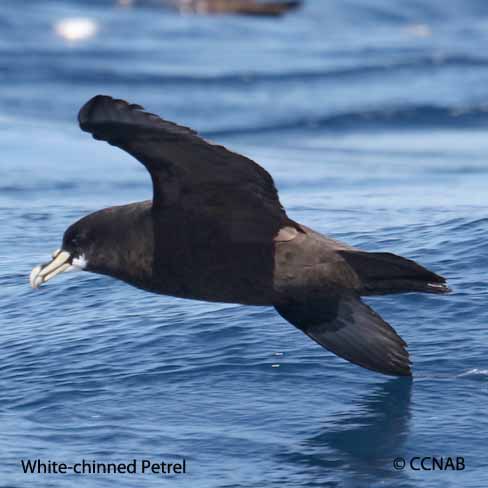 The White-chinned Petrel is a seabird and a member of the tube-nosed group. This dark plumaged bird is found in the oceans of the southern hemisphere. Large numbers of these petrels gather around the southern tip of South America and the Falkland Islands. It has been seen inside the North America perimeters and is a recognized vagrant.