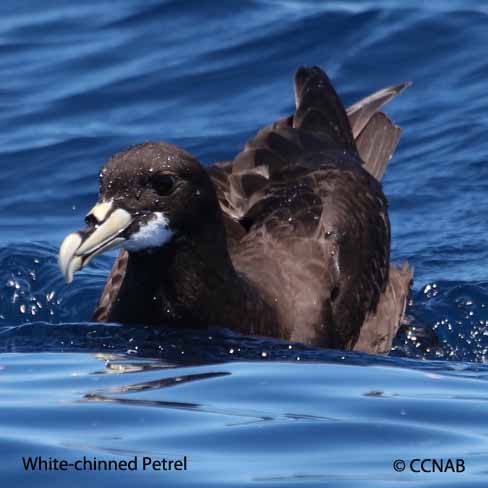 There have been at least 13 types of petrels recorded. They have been seen in the oceans surrounding North America. There are maybe six types that are native to the waters. The petrels are part of the tubenose group and are identified by the tube-like vent seen on their upper bill. These are open sea birds who have adapted to constant flying and gliding and use their long wings against the constant winds. They usually have plain coloured plumage and the dark colour on top and light colour below distinguishes them apart.