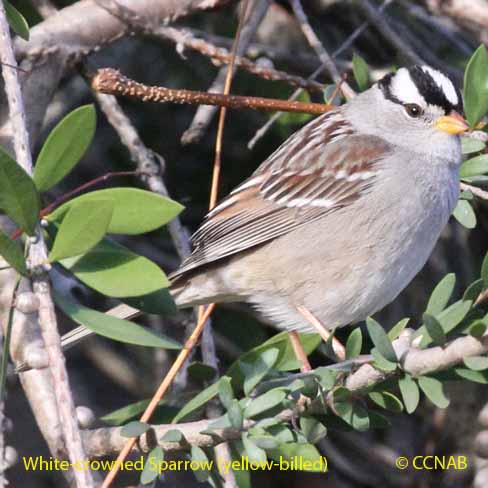 The White-crowned Sparrow is one of the largest members of the sparrow group. It is a ground feeder, preferring stunted growths to nest in. It is one of the few sparrow types that do show up at ground feeders to stock up on seeds, for their travels. The juveniles of this bird species do not display the bold white stripes seen by their parents, but have a dull brownish-orange stripe instead.