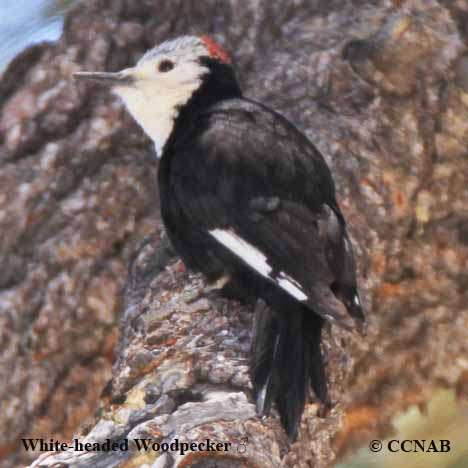 The White-headed Woodpecker is found mostly on the western side of the Rocky Mountains in the US Pacific coast states and southern British Columbia. This medium-sized woodpecker lives in the conifer forests and can be seen thousands of feet above sea-level. The male woodpecker can be identified by the red cap at the back of his head and the female has only a black cap.