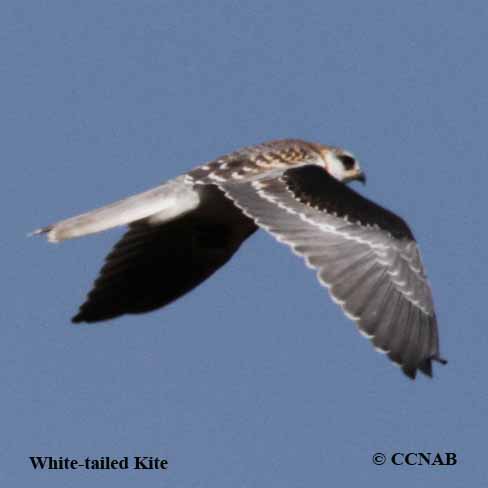 The White-tailed Kite is similar in appearance to the Mississippi Kite. This beautiful grey raptor is seen along the western coast and the southeastern tip of Texas and into Mexico. It is also seen in the southern regions of Florida. This kite is quite similar to the Black-winged Kite, also known as the Black-shouldered Kite, that is seen in Eurasia.