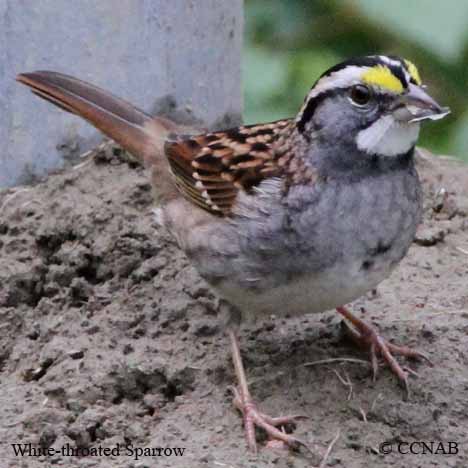 The White-throated Sparrow is a handsome bird, and an adult bird has a very obvious white throat and the yellow supralorals make it easy to identify. It is a regular visitor to the backyard birdfeeders in the spring and fall, as it migrates into the northern regions and returns every year.