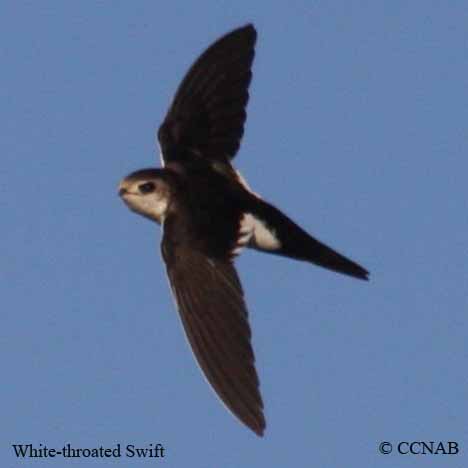 The White-throated Swift has the second largest range in North America among swift species. This colourful black and white bird, whose speed actually makes swishing sounds as it flies through the air. It is one of the larger swifts seen and the Black Swift is the largest.