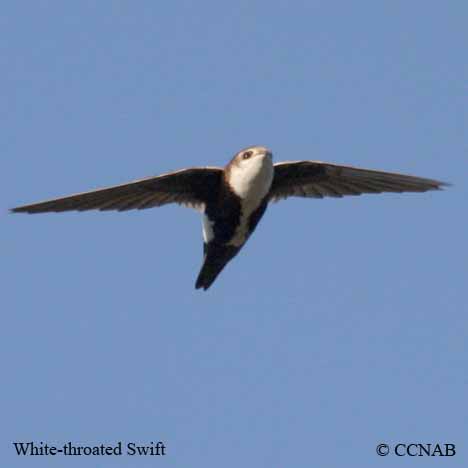 There are four types of swifts found in North America. The Chimney Swift is the most common among them and is seen throughout the eastern states of the USA and into the southeastern regions of Canada. The White-throated Swift, Vaux's Swift and the Black Swift are all native birds to the western USA and up into southern British Columbia, Canada.

The swifts are the fastest flying passerines in North America and sometimes they are all but impossible to see because of their speed. Their bodies are built in the same manner as a torpedo which helps them slice through the air with the least resistance. The swifts are recognized by their silhouette, which shows scimitar-shaped wings and narrow tail feathers.

Return Swifts back to Field and Stream Birds