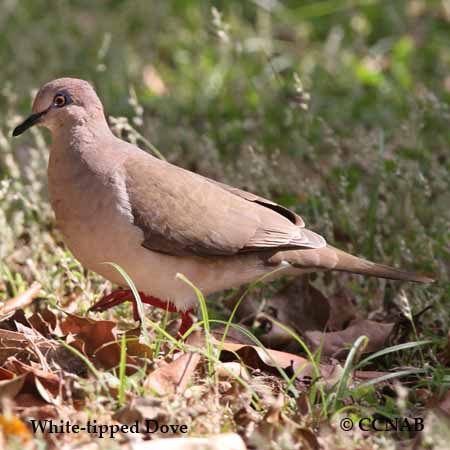 The White-tipped Dove can be seen in the southern US states, south through Mexico, Central America and into the northern countries of South America. These doves feed on the forest floors which makes them very hard to observe. If, there is running or ponding water, one might see them come out to drink.