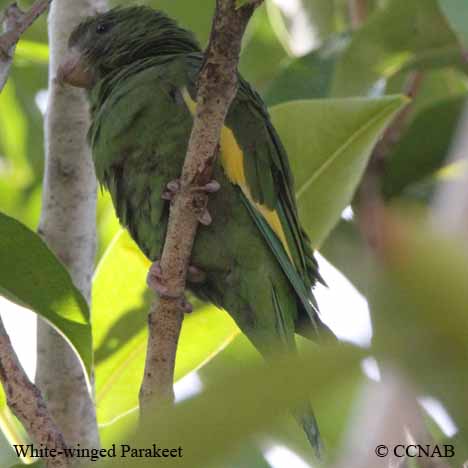 The White-winged Parakeet is an exotic bird that is native to some of the northern countries in South America. It has been introduced to California, where it is seen in San Francisco, Los Angeles and San Diego. It has also been introduced in Florida and is seen in the southern areas and up on the western coast of the state.