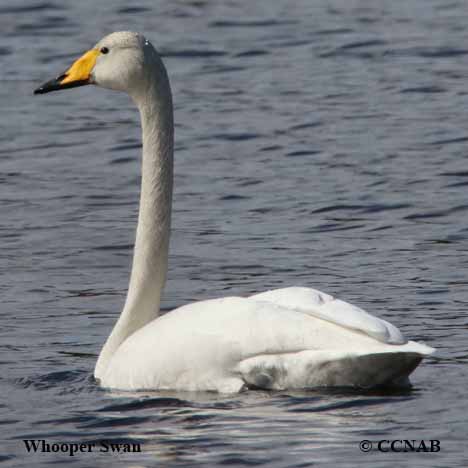 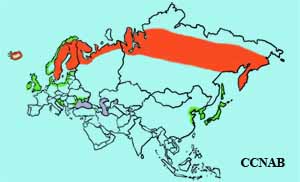 The Whooper Swan is one of the largest swans in the world. This Eurasian waterfowl nests in the northern regions of the Eurasian continent. It can be identified by the very large area of yellow seen on its upper bill. This swan has been seen on the North American continent on a regular basis in the far northwestern regions of Alaska, and the islands in the Bering Sea as well as on the Aleutian islands.