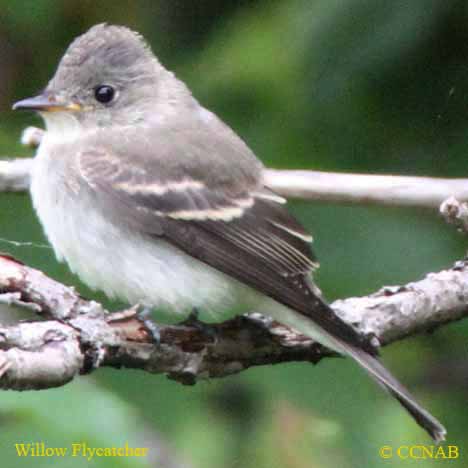 The Willow Flycatcher is a part of the Empidonax flycatcher group. This flycatcher is very similar in appearance to the Alder Flycatcher. This flycatcher also lives in the same type of habitat and shares some of the same regions. One must listen to their calls to be able to distinguish them apart. These flycatchers spend their winter months in the warmer tropical countries.