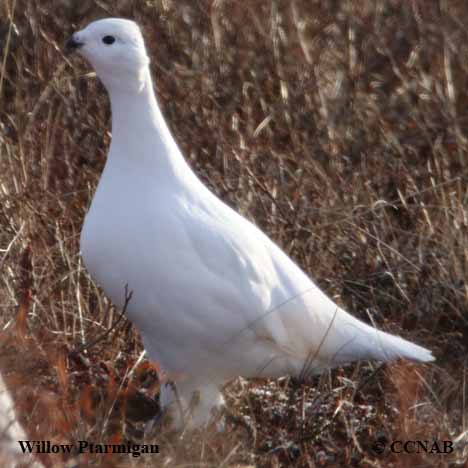 The Willow Ptarmigan is a northern game bird seen in North America. It is most likely to be seen in the lower elevations rather than the other ptarmigan species. One can expect to see these birds in the alders along creek beds. The ptarmigan has the ability to change its brown plumage which it acquires for the spring and summer seasons, to a white plumage during the winter months.