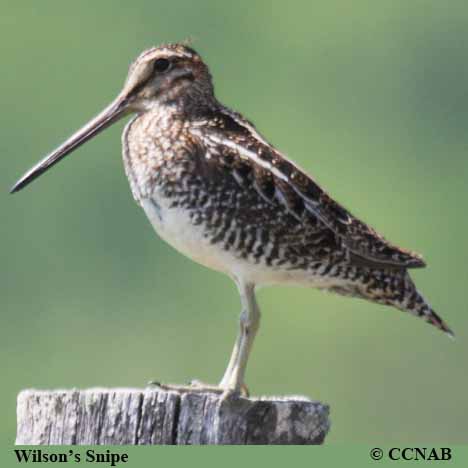 The Wilson's Snipe is an upland game bird seen in North America. Not that many years ago, it was called the Common Snipe and was considered a race of the Common Snipe seen in Eurasia. During breeding season, this bird can be heard throughout the day and into the evening doing aerial displays, all the while, creating eerie sounds from above, as it dives back to the ground.