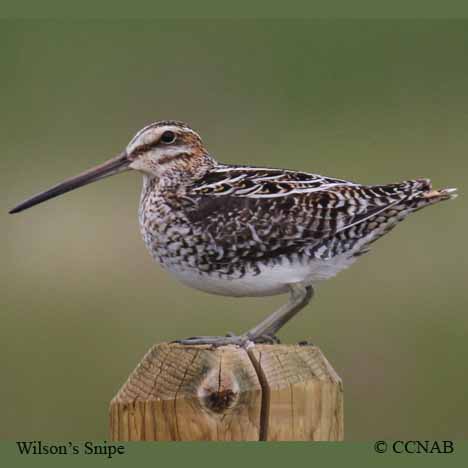 The Wilson's Snipe is the only species in the snipe family that is native to North America. The other types of snipes are all vagrants. Included in these are the Common Snipe, Jack Snipe, Pin-tailed Snipe and the Solitary Snipe. Some snipe species are more common vagrants as is the Common Snipe of Eurasia. Most vagrant snipes are discovered near the northern coastlines and would include Alaska and Newfoundland.

The snipes are hardy birds and are often found in the northern regions and sometimes they endure full winters where there is a wet area or bog that remains unfrozen throughout the winter months.